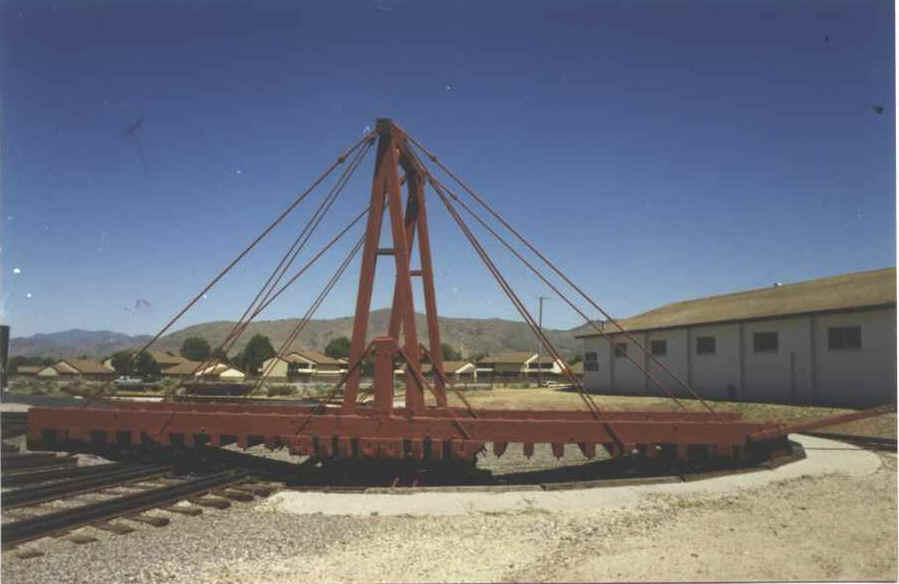 The turntable constructed by the Nevada State Railroad Museum is built to Southern Pacific plans. This basic "A" frame design was first used by the Central Pacific during its construction years in the 1860s, and similar turntables were built by the Virginia & Truckee, the Carson & Colorado, and the Carson & Tahoe Lumber and Fluming Co. in the 1870s and 1880s.

The specific design version built by NSRM with the lower center kingpost in the center of the "A" frame is based on standard Southern Pacific drawings dating from 1906, and first introduced by SP in the late 1880s as an improvement of earlier designs. A similar SP turntable still survives today at the Laws Railroad Museum on the old Carson & Colorado line near Bishop, California. New turntables are being built in Folsom, Placerville, and at the Orange Empire Railway Museum, all using NSRM patterns.

The NSRM turntable is used to turn locomotives and cars, and provides access to the Museum shop and storage building, functions that turntables have traditionally provided. It is a fitting 19th century design, appropriate for a museum such as NSRM with a large collection of equipment from the last century.