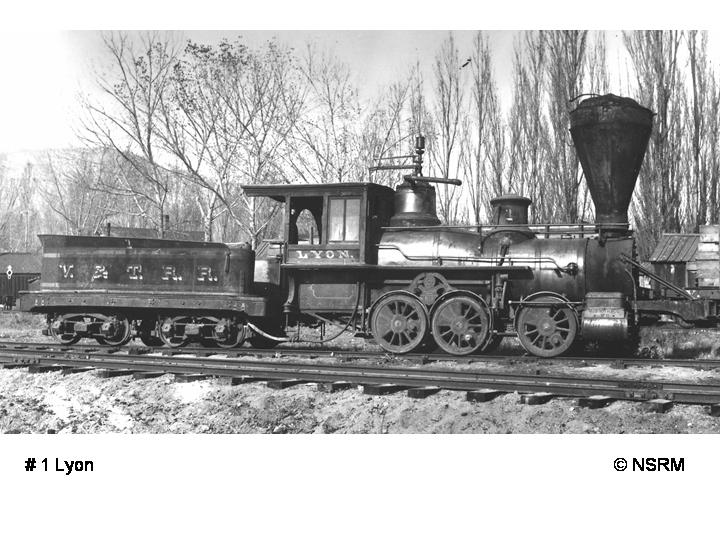 The Lyon, along with identical engine #2, Ormsby, were used for general freight service for several years but their small size soon relegated the Lyon to duty as the Virginia City yard engine and the Ormsby to pulling the maintenance of way gravel train.  With the arrival of a new and larger yard engine for Virginia City in 1875, the Lyon replaced the Ormsby on the gravel train.

By 1879, in need of heavy repairs and with many other locomotives on hand, Lyon was no longer needed and was placed in storage at the old V&T engine house several blocks west of the big stone shops. In May 1887, space was needed for the storage of passenger cars and Lyon and Ormsby were removed from storage and placed on the scrap track at the stone engine house.

The locomotive made its last trip over the road in 1889, when, after boiler repairs, it was towed to Reno and used for several months as a stationary boiler at the Nevada Reduction Works. The Lyon spent its last ten years rusting away on a short siding south of Carson City and was scrapped by the late 1890s.