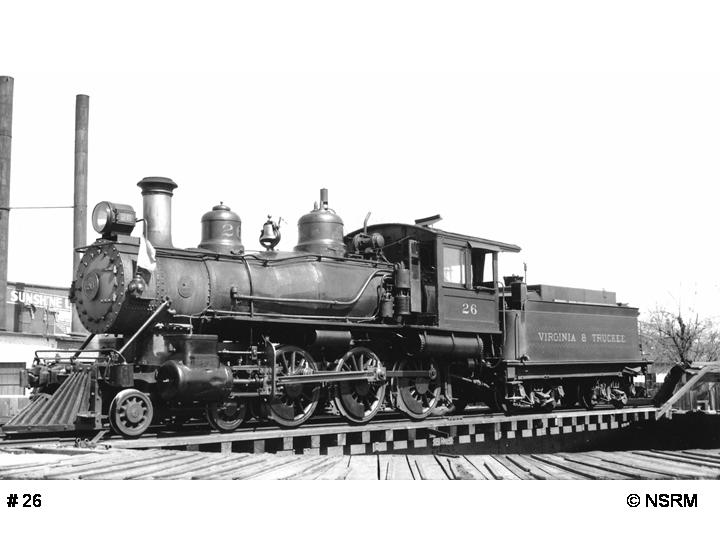 In 1907, the Virginia & Truckee Railroad (V&T) was in need of another new locomotive to handle the increased traffic as a result of the mining boom in Tonopah, Nevada.  In February the order was placed with the Baldwin Locomotive Works and engine No. 26 arrived in Reno September 12, 1907.   The locomotive was originally built to burn coal, and was converted to burn oil in February 1910.

Locomotive No. 26 was in regular service until May 1950.  By this time, traffic on the V&T had slowed significantly due in no small part to an emerging trucking industry and improvements made to the highway that paralleled the line (today’s US 395).  The Interstate Commerce Commission had given approval for abandonment of the railroad at the end of the month.  The afternoon of May 1, 1950, the crew backed the locomotive into the old Reno engine house and went home for the night.  Later that evening, firemen responded to the scene and found the wooden engine house in flames with No. 26 still inside.  The damaged locomotive was hauled to Carson City and stored in the engine house.  Locomotive No. 27 was placed into emergency service for the last 30 days of operations and achieved immortality by pulling the last scheduled train on May 31, 1950. 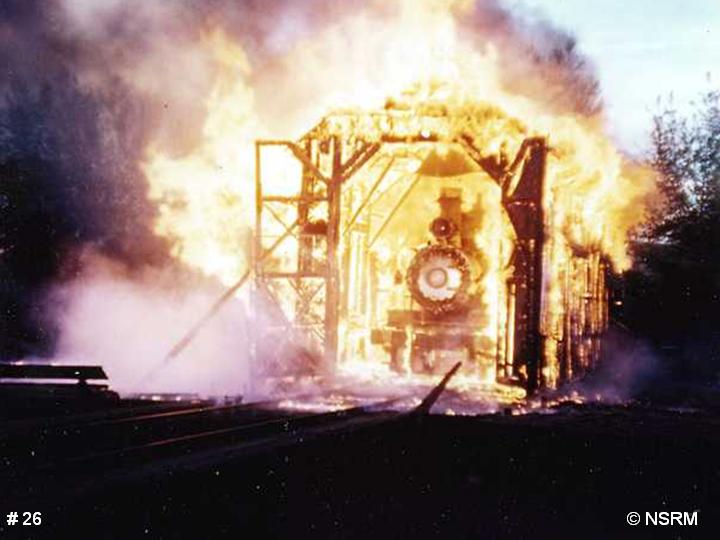