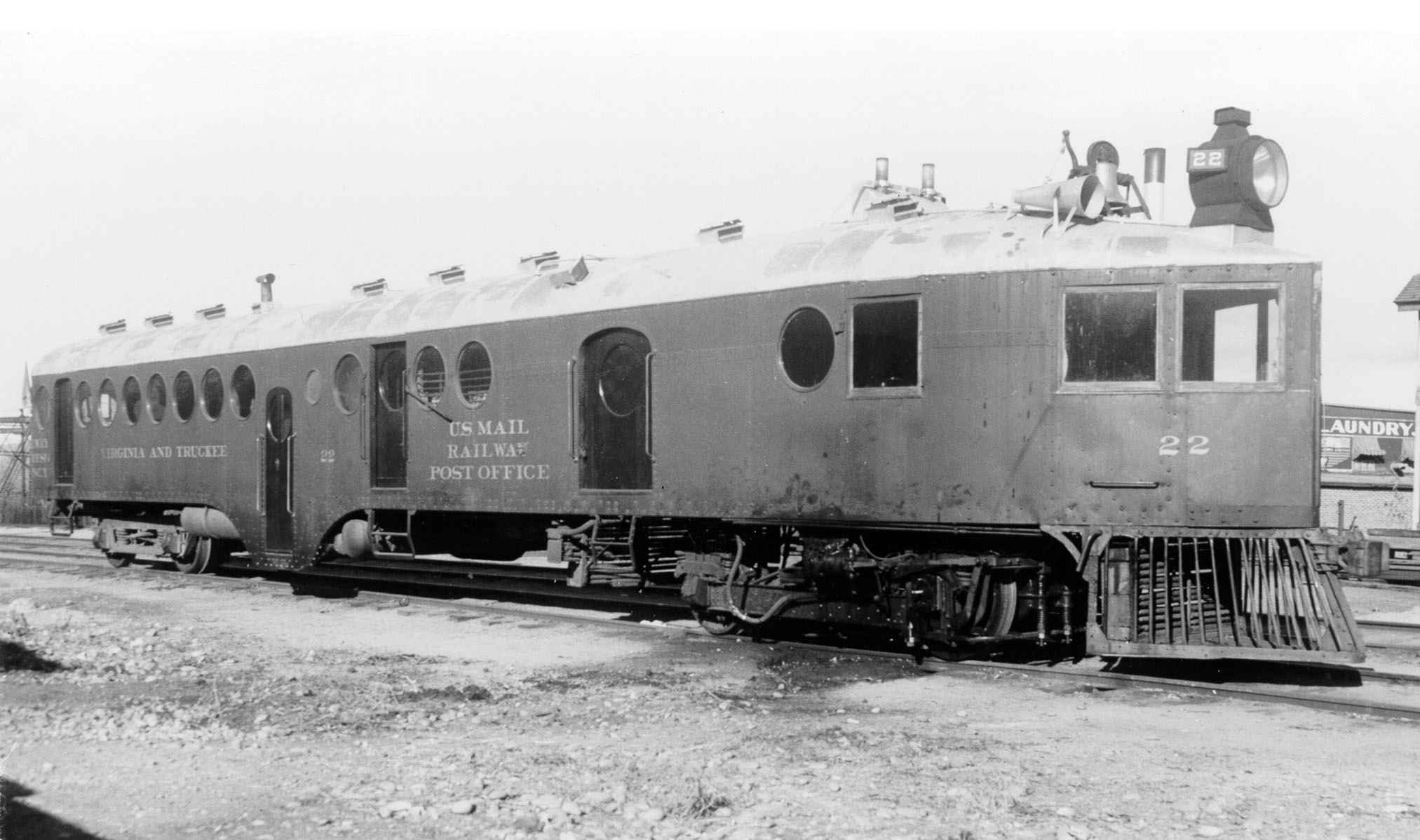 The McKeen Motor Car Company of Omaha, Nebraska, was organized under the sponsorship of E. H. Harriman of the Union Pacific and Southern Pacific Railroads. It was one of the most successful of the early motor car manufacturers. The cars featured ultramodern steel stressed skin construction, "dustproof" porthole windows, and the distinctive knife-shaped wind-splitter front.

By 1932, passenger traffic on the V&T was declining all over the railroad. The McKeen car was rebuilt in the shops with expanded mail and express space, and placed in service all the way from Reno to Minden, making a round trip once per day. The car final made its last run in September 1945, one of the last unmodified McKeen cars running in the nation. In 1946 the body was sold to become a diner, and later Al's Plumbing Supply office in Carson City. It was donated to the Nevada State Railroad Museum in early 1996. The official unveiling of the restored car was May 9, 2010, one hundred years exactly from the date it was delivered to the Virginia & Truckee Railroad.